If you regularly buy items online, you may want to be wary of vendors who use 2checkout.com

It has to our attention from several readers that 2checkout.com waive their obligations as a payment processor, perhaps facilitating unscrupulous vendors to commit fraud and theft.

In one example, a Joomla developer (we will call John) bought a subscription to a website called ooopa.net. Ooopa used 2checkout as a payment processor to sell templates and support.

John soon downloaded the template he wanted. After installing it on his Joomla website he discovered it to be incompatible. Posting the problem on Ooopa’s website he was told that an update would be coming very soon.

The after waiting for months, the update failed to materialise. The product he bought wasn’t fit for purpose and support was lacking.The website has since disappeared has have all support lines. In our opinion and that of others, the transaction was fraudulent. Complaints about ooopa.net abound.

A year later, he is still battling to get his refund. 2Checkout say they are only acting as a ‘payment processor’. Which is true. But they also have a moral and legal obligation to protect their customers from fraud.

Recently John has been in contact once again, and yet again told him he needs to contact the developer and supplied a telephone number which does not work.

It is clear the 2checkout.com shirk their obligations to protect customers from unscrupulous vendors, and do not seem to be able to show an understanding of basic english.

This language problem was evident when we emailed 2checkout for any comments before publication of this article. This is their response in full:

A staff member has replied to your question:

Thank you for contacting 2CO and have a great day!
Sincerely,

This is typical of email responses that we have been shown and which we plan to publish at a later date once John has compiled them in full.

If you have had any problems with 2checkout.com we would love to hear from you, comment below.

British actor Robin Sachs, best known for his role in the hit TV series Buffy The Vampire Slayer, has died at the age of 61.

His ex-wife Casey Defranco called him “a wonderful person, extraordinarily talented as an actor.”

Staff on his official website wrote: “Please join us in raising a glass to Robin – goodbye, dear friend. Thank you for all the laughter and the cookies. We will miss you so very much.”

Sachs’ first role was with the British Hammer film studio, in the movie Vampire Circus.

He went on to play Adam Carrington in the 1991 miniseries Dynasty: The Reunion when the original actor Gordon Thomson was unavailable. 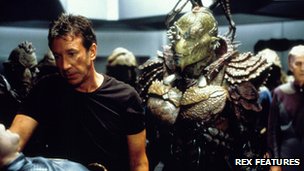 In 1999, he appeared heavily disguised under layers of heavy make-up as the baddie Sarris in the satirical comedy Galaxy Quest, which co-starred Sigourney Weaver and Alan Rickman.

Later in his career, Sachs provided voices for several video games including Mass Effect 2 and 3 and Resident Evil Damnation

A powerful magnitude 8.0 earthquake has struck off the Solomon Islands in the Pacific Ocean, generating a “potentially destructive” tsunami.

The quake struck at 01:12 GMT near the Santa Cruz islands, part of the Solomon Islands nation, the US Geological Survey said.

A tsunami warning was issued for the South Pacific islands by the Pacific Tsunami Warning Centre.

The centre said the tsunami could be destructive near the epicentre.

“It may have been destructive along coasts near the earthquake epicentre and could also be a threat to more distant coasts.”

A tsunami watch was issued for other nations in the South Pacific, including Australia, New Zealand and Indonesia.

However, the Australian Bureau of Meteorology later said Australia was not at risk from a tsunami.

France issued a tsunami warning for its New Caledonia territory, saying that the wave could strike at about 03:00 GMT. Residents near the coast were being advised to evacuate.

Irene Scott, a reporter with Paoa FM on the Solomon Islands, told the BBC there were reports of houses being inundated in eastern Temotu province, but no serious damage or injuries.

The Solomon Islands form part of the Ring Of Fire, a zone of volcanic arcs and oceanic trenches encircling the Pacific basin.

The 8.0 earthquake was followed by several aftershocks, the largest measuring 6.6 magnitude.

The region has been experiencing a series of smaller quakes in recent days.

In 2007 an 8.1 magnitude earthquake triggered a tsunami that killed at least 52 people in the Solomons and left thousands homeless.

Mersenne primes, are one less than another number to the power of two. 17th century French monk Marin Mersenne was rather fond of them.

So is Curtis Cooper, a professor at the University of Central Missouri who participates in GIMPS, a distributed prime number hunter that works in the mode made famous by alien-spotting app SETI@Home.

Both use individual PCs to work on small portions of larger tasks and collate results centrally.

The GIMPS project says “primality proof took 39 days of non-stop computing on one of the University of Central Missouri’s PCs” before tests using the same app, but on other hardware proved the result. An NVidia GPU took 3.6 days to do so, an Intel i7 CPU needed 4.5 days and a 32-core server chewed up another six days on the problem.

The existence of the colossal prime number is largely a curiosity, as while large primes are used for applications such as cryptography it’s hard to imagine a 22 megabyte number being pressed into service.

A more likely reason for the ongoing pursuit of primes is the $US50,000 prize on offer to the finder of the first 100-million-digit prime number.